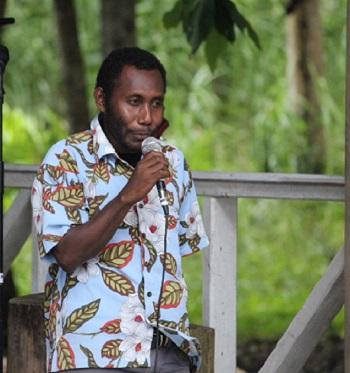 The EITI Office was set up in early 2014 with 2 permanent staff currently employed. The Head   of Secretariat and Procurement Officer.  The SI EITI Office was located at old Government Printers Office.

Solomon Islands is only a candidate country after meeting the requirements in 2012.  Whether or not Solomon Island’s will be declared EITI compliant depends on the country’s EITI validation report. Validation is an essential feature of the EITI process. Its objective is to assess performance and promotes dialogue and learning at the country level.  Validation is an external, independent evaluation mechanism, undertaken by a Validator procured by the International Secretariat.

The Validation report will also address the impact of the EITI, lessons learnt in EITI implementation, as well as any concerns stakeholders have expressed and recommendations for future implementation of the EITI in the country.  Solomon Islands EITI Validation Report is proposing for July 2016.

The Government needs to confirm its position (through a letter to the World Bank Group and EITI International Secretariat) on whether it wants to maintain the commitment to continue implement EITI obligations and to complete the validation process to become a compliance country.

The Extractive Industries Transparency Initiative (EITI) is a robust yet flexible globally developed standard that ensures transparency and better governance of a country’s natural resources (oil, gas and mining).  It is a multi-stakeholder initiative comprised of governments, companies, civil society groups, investors and international organizations.  It is a voluntary initiative.  A country can only implement it if its government agrees to do so.  Each implementing country is expected to create its own EITI processes adapted to its own specific needs based on the new EITI Standard (2013) and required methodology to become EITI compliant.

The Solomon Islands Government through cabinet agreed to implement EITI in 2011. The Minister for Finance and Treasury that time was appointed as SI EITI champion in July 2011. In January 28th 2012, the Minister of Finance and Treasury publicly announced the formation of National- Stakeholder Group (NSG) (Government, Companies & Civil Societies) to oversee the implementation of EITI in Solomon Islands.

The first NSG meeting was conducted on 15th February 2012 and resolved that the NSG formulate the 2012-2015 work plan and budget, establish an MOU to govern the operation of the NSG.

In May 2012, the NSG finalized the work plan, budget & MOU. On 28 June 2012, Solomon Islands was admitted as EITI candidacy country by the EITI International Board meeting held in Lima, Peru.

a. Government: Ministry of Finance and Treasury, Ministry of Mines, Energy and Rural Electrification, Central Bank of Solomon Islands and the Office of the Prime Minister and the Cabinet.

Based on the International EITI Secretariat  any country (including Solomon Islands) that intends to join the EITI has to follow certain requirements in order to be fully EITI compliant.

Solomon Islands has fully complied with the above four sign-up requirements.  For example:

The Solomon Islands National EITI Secretariat is under staffed.  As mentioned above, the SIEITI Secretariat Office should have four staff.  However, it only has two officers.

The SIEITI National Secretariat Office is located at the Ministry of Finance and Treasury Building (old SI Printer Office), with the National Statistics Office. The office is fully funded by the Solomon Islands Government as its commitment to EITI.

The SI-EITI work plan and budget was originally funded by the Multi Donor Trust Fund (MDTF) with funding from the Work Bank through a signed grant agreement of US$350,000 in March 2014.  The Multi Donor Trust Fund (MDTF) will close at the end of December 2015. A request has to be launched to the World Bank before the end of this year for future support from the Bank to assist the Office progress implementing EITI work in the Solomon Islands.

Another important EITI requirement is for countries to produce their EITI reports on a regular basis.

The Solomon Islands first EITI annual reports for 2012 and 2013 were successfully completed and published on 29th June 2014.  Both reports were compiled by Moore Stephens, an internationally recognized audit firm with vast EITI work experience.

However, the 2012 and 2013 report contains few data discrepancies due to some mining industries do not submit or late submission of their data to the independent administrator. So on recommendation of the EITI International Secretariat and NSG, 2012 and 2013 Supplementary Report was completed and published in early 2015. The Report was compiled by a local Consultant- GBuisness Consultancy, Mr. George Kosui who is engage through a public competitive tender.

The NSG and the National Secretariat Office had conducted EITI awareness in five (5) provinces -Choiseul, Western, Isabel and Guadalcanal and Rennell and Bellona in September and October 2014. The targeted audiences were provincial government officers, civil society Groups and mining surrounding communities with the target of landowners.

In order for EITI Reports to be comprehensible and useful to the public, they must also be accompanied by publicly available contextual information about the country’s extractive industries. These information should include:

(i)         a summary description of the legal framework and fiscal regime

(ii)        an overview of the extractive industries

(iii)       the extractive industries’ contribution to the economy

(vi)       revenue allocations and the sustainability of revenues

(viii)     any applicable provisions related to beneficial ownership and contracts.

These were captured in the report which was published:

11) Government disclosure of extractive industry revenues and all material payments

Another important requirement is to ensure the country’s EITI report follows a credible process so that the report contains reliable data. This is done by ensuring data for the report is compiled from audited reports with adherence to international practice and standards. The multi-stakeholder group is required to appoint an Independent Administrator to reconcile the data submitted by companies and government entities.

Based on the approved EITI work plan for 2015 periods, the Secretariat will focus on 5 key tasks in 2015.  These are summarized as follows:

The 2014 SI EITI Reconciliation Report is on progressing. The plan is to finalize the report by November 20, 2015. G-Business Consultancy, Mr. George Kosui is re-engaging for 2014 SI EITI Report.

The successful implementation of the EITI in Solomon Islands depends on the effective oversight by the NSG with the support of the SI EITI Secretariat. The NSG members have participated on Capacity building visit to Timor-Leste from 8-11 September 2015 and will organize a capacity building training for the civil Society Groups in December.

At present Solomon Islands is an EITI candidate.  Whether or not the country is EITI compliant will depend on the validation report plan for January 2016 and the capacity to continually comply with EITI Standards.

18.1 Improvements to countries' investment climate and access to capital

Corruption is often identified globally as a key barrier to investment, both foreign and domestic, in the extractive sector. By implementing the EITI, particularly since it is a voluntary process, countries send a positive signal about their intention to strengthen the governance of their extractive sectors and create a sound business environment.

In some cases, EITI has led to the government’s recovery of unaccounted-for funds or company underpayments. For example:

EITI work is new in Solomon Islands.  Yet it is an important development in promoting transparency, accountability and ensuring sustainability in the use and management of the country’s extractive resources.  Today, a lot of support have been receive from various level of the Government, communities, churches as well as from the industries on the importance of EITI work in Solomon Islands and have requested the Government to continue implement EITI.  At present the EITI work only covers the mining industry.  The SI hopes to cover both the forestry and fishery sectors later depending on available resources.

The success of EITI in Solomon Islands depends entirely on several factors including:

(a)        The effectiveness and capacity of Solomon Islands local EITI Secretariat and the NSG as the overall oversight body for all EITI work in the country.  At present the secretariat is understaffed and NSG holds less capacity in EITI.

(b)        Governments full commitment to work with civil society groups and companies that formed the National Stakeholder Group to oversee the implementation of EITI in Solomon Islands.